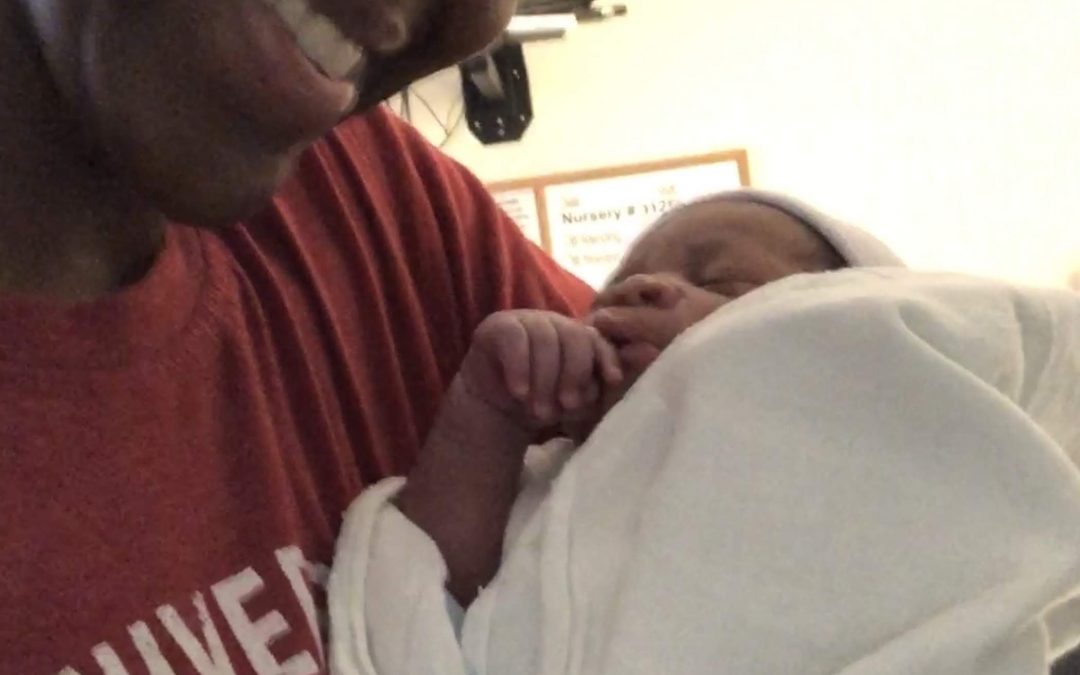 Potential adoptive mothers often ask me can you breastfeed an adopted child. I usually respond with: it depends. There are ways that you can get your breast to produce milk and have a successful nursing journey. The La Leche League has a wonderful article full of resources that explains the science behind getting your body to lactate. You should check it out here to learn more. In honor of Breastfeeding Month here’s my story with my last cub.

I still remember when the nurse who helped to deliver my son, Baby J, last year placed him in my arms after I cut his umbilical cord. The experience is still etched in my mind as one of my greatest as a parent. How often does a mother get to play such an active yet passive role in a birthing situation? Yet, here I was cutting his cord, immediately doing skin to skin contact, and offering him his meal from my breast.

Breastfeeding him came naturally to me as I had done it before with Syd and Savvy, the ones I had given birth to. At the time Baby J was born, I was still nursing Savvy, who had turned two a few days prior, but I had started the weaning process. I wanted to bond with him, and let’s be honest… breast milk is free. The only time we had to buy formula as a supplement was due to Syd being born early and not able to latch correctly. (I talk about our journey here) While in the hospital, I was met with resistance from the medical providers concerned about the lack of DNA (insert serious eye-roll) I shared with him. I heard so many falsities from the nurses and the pediatric doctor that I couldn’t wait for my husband and me to leave the hospital and return home. I think my favorite falsehood came from the doctor, who told me that my breastmilk was too mature for him because I was nursing Savvy still. I even had to sign a waiver saying that I wouldn’t sue them if my son became ill due to my decision to nurse.

I think the real issue stemmed from the fact that the hospital staff found it weird that I wanted to breastfeed a child who, in their eyes, wasn’t really mine. But the moment Baby J latched onto my breast, we instantly connected. I was doing what I needed to do, and that was feed my child—the same thing I had done for almost three years with his sisters.

However, I quickly realized that it was going to take a lot to get my milk supply back up to a level that would be appreciated by a growing newborn. Within two weeks, I made the decision to stop nursing him and to entirely wean Savvy. It hurt me, but if I can be honest, I felt relieved. I wanted to enjoy some part of my body again because I learned that children will find ways to touch you. But if nothing more, a sista could have her breast again.